Plotting for Pantsers, a NaNoWriMo guide to getting that first draft done, quick!

Outlines are a thing that make Pantsers scream like a victim in a horror flick. We don’t like to be boxed into our story. We need the freedom to experience the character arcs and plot points organically.

All the plotters out there are laughing, I’m sure. But, hear me out.

Plotting and Pantsing are two legitimate styles of writing. Neither are the “right” or “wrong” way to write. Every author has to work with the style that suits them best.

With NaNoWriMo coming we are going to see a surge of authors trying to cram in an entire novel’s worth of writing into 30 days. It’s a challenge for sure and one that to do properly takes a little bit of preparation.

This doesn’t mean Pantsers are doomed to fail. But, to get through the challenge and avoid the dreaded curse of writer’s block, every writer needs to have a clear idea of what they want to write.

An outline is a road-map for your story.


It can be as simple or as detailed as you want it. I know some plotters who take it to the extremes with pin boards and strings linking scenes. You know what I’m talking about. 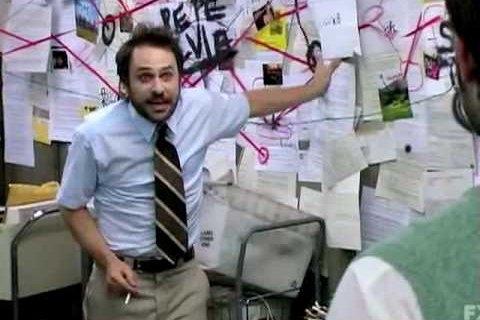 It can get pretty crazy. And, from this Pantser's point of view, pretty dang impressive. But, hear me out Pantsers, you don’t have to go to this level.

As a Pantser myself, I prefer simple, flexible story flow. That’s what we're going to talk about here.

I’m going to give you two easy to use outlining methods that will help you clarify your story goals so you can get through NaNoWriMo with confidence. 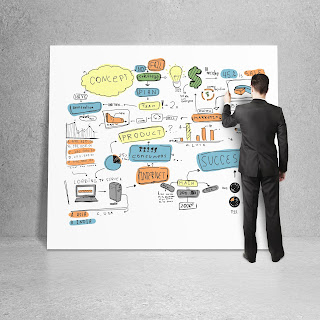 This method is probably the most popular out there. If you’ve ever heard of the book Save The Cat, then you know what a Beat Sheet is.

Essentially, it is a series of moments important to the plot of the story, beats, that act as targets for writers to hit during story progression.

Some beat sheets have a few points, some have tons. Just like with outlines, you can really go off the deep end here. But for our purposes, I offer the simple Beat Sheet approach.

We first separate the story into three acts. You all should be familiar with this. From there we identify the most important targets (points of pivotal drama) in each act. Once you see them laid out in order, it becomes a little easier to fill in the blanks.

Using this method, you can quickly jot down a simple sentence or two of what should happen. And, poof, instant outline. Try it for yourself with the beats listed below. I’ve even given you some easy to answer questions to prompt you along.

Opening Image – Who is the Main Character, and what does he/she do in their normal day to day life?

Story Theme Revealed – What is the main Conflict in the story, and how does it connect to our Main Character?

The Choice – What is the event that introduces our Main Character to our Main Conflict?

The Catalyst – What prompts the Main Character to get involved in the Main Conflict?

Promise of The Premise – What issues does the Main Character have after choosing to get involved in the Main Conflict?

B-Story – How do other Characters in the story play a part on the Main Character’s journey?

Midpoint – The twist, or kink in the Main Characters plan.

Bad Guys Close In – How does the Main Conflict cause trouble for the Main Character?

All Is Lost – Main Character cannot simply win. They must fail first. How badly can they fail?

Regroup – The Main Character cannot give up. How can they dig deep and try again with a different approach?

Reflection on the Journey – How has the Main Character changed or grown through their struggle? What lessons were learned? Do they return home? 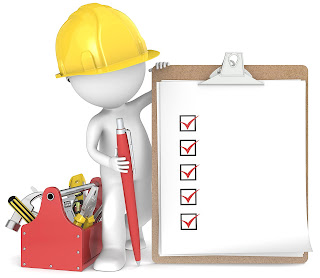 This is a method I use quite often, being a Pantser myself. But just between you and me, I use the Beat Sheet method for deadline critical projects like my upcoming co-authored trilogy with J.E. Taylor. (More on that later)

The To Do List is exactly what it says on the tin. It’s a list of things you want to do, only when we apply it to a book we’re writing, it is less about us and more about the characters and story schedule.

Pick up milk, eggs, cheese, kill the dragon, and be home in time to watch the news. An informal progression of things you want to do within a story.

I’m going to use an example from my soon to be released Agents of A.S.S.E.T. series book 4 here. (This is actually the To Do list I used, copied from my notes.)

Theme: The ‘Mystery’ Plot premise
ASSET is blamed for a highly televised disaster perpetrated by the Mystics Order.
Potential for humans to learn of the magical community.
ASSET is on Damage control while Shadow Ops (Sage and Grey) are called in to find out more. Sage and Grey go deep undercover in order to find out the Mystics intentions and to scout places where the Mystics might operate.

Secondary Theme: Relationship goals.
Sage and Grey awkwardly test out the feasibility of their potential relationship engage in flirting. They find flirting easier to do when they are amped up on adrenaline vs when they are actively trying to date.
Awkward first date moment.

Act of Magical Terrorism has ASSET on High Alert.
Magic revealed to normal humans by Order of Mystics.
Sage and Grey team up to investigate.
Everyone who is not Terra could be part of the Order of Mystics
Magical Holiday has Additional Magical Tourist visiting Las Vegas.
Pressure to find out true identities of members of Order of the Mystics.

Black-Tie Infiltration.
Multi-Family magical celebration is about to happen. ASSET is worried about another act of Magical Terrorism. Since Mystics operate from more than one branch of Magic, Sage and Grey obtain invitation to a major black-tie gala as part of their investigation.
Masquerade ball. Need clothes, ticket, ride.

Kink in the Plan: Blown cover. Mission Failure.
Members of the Mystics recognize Sage and Grey. Fight to freedom, must avoid capture.
Sage gets caught in a very public abuse of magic.
ASSET blamed. Organization under scrutiny.
Sage is removed from the case. Always in trouble with her boss.

Reassemble the troops.
Sage won’t be benched. She turns to her own allies outside of ASSET to investigate the Mystics. Discovers high level magical community members are Order of Mystics.
How do you take down a high ranking member of the community?
Need proof. Need a plan. Need really cool gadgets. Who has spy gear outside of ASSET?
.
Final Confrontation: Sorry, no spoilers. How can Sage save the day?


You might notice some similarities between the To Do List and the Beat Sheet. While they both help organize thoughts on what should happen in a story, there is less formality in the To Do List, leaving plenty of room for natural story growth. That is not to say that using a Beat Sheet is extremely formal, it’s just a more refined order of events.

Using either of these, you can help yourself by organizing what you want to do within a story and go into NaNoWriMo ready to write, rather than staring at that blinking cursor, desperately struggling to pull words from the black void inside your mind.

Go ahead, give either of these methods a try.